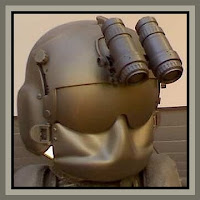 This weekend my wife and I took a trip to Alabama to visit the United States Army Aviation Museum at Fort Rucker, which boasts the largest collection of helicopters held by a museum in the world. While there were many helicopters for public view, what is notable is the number of WWI and WWII airplanes on display. While some were first-rate replicas, others were original airframes.

There are several aircraft on the exterior of the museum facility, mostly the larger aircraft that would be difficult to house indoors, such as the de Havilland Canada YAC-1 Caribou tactical transport airplane and the Sikorsky CH-54A Tarhe "Sky Crane" heavy-lift cargo helicopter. These are in various states of repair, and only the Caribou had any type of an identification marker to identify what the exhibit was.

As with any military facility, in order to drive onto the base you must present valid identification, insurance and vehicle registration. In terms of Fort Rucker, this is the largest hassle you will encounter on the base from my experience. The museum is free, the gift shop is off to side and you are not forced to enter or exit through it, it is entirely self-paced and extremely clean on the inside, and the base proper has a very cordial and civilian-friendly atmosphere about it. 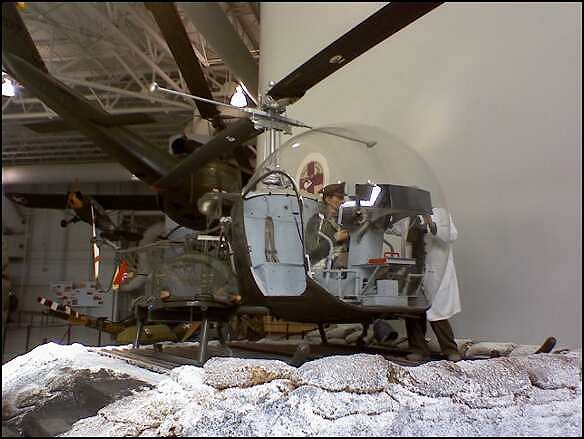 This piece was part of an elaborate display that depicted an Army M.A.S.H. unit landing pad scenario where a patient was offloaded by orderlies to be taken to a Jeep while a surgeon stands next to the canopy talking to the aviator. 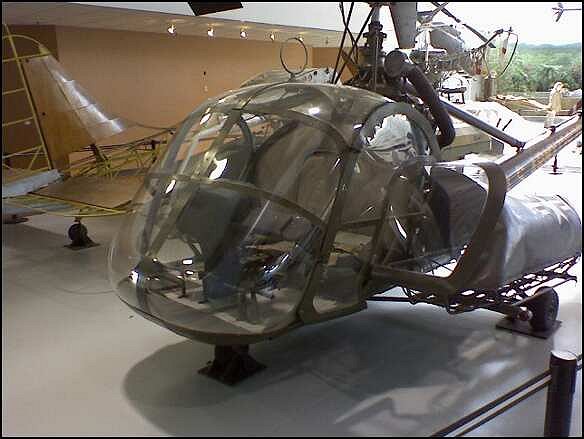 This airframe was located next to the Sioux Korean War exhibit described above. The Raven also served as a light observation and Medevac helicopter during the Korean War, although it was not as recognizable to the general public as the Sioux or “MASH chopper”. 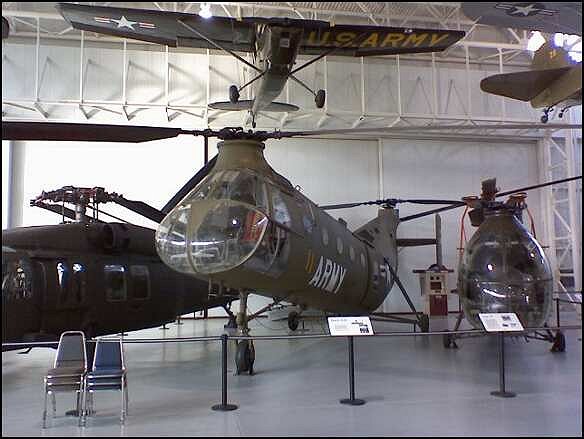 The Shawnee was a tandem rotor transportation and resupply helicopter which saw extensive use by the Army during the Vietnam War. 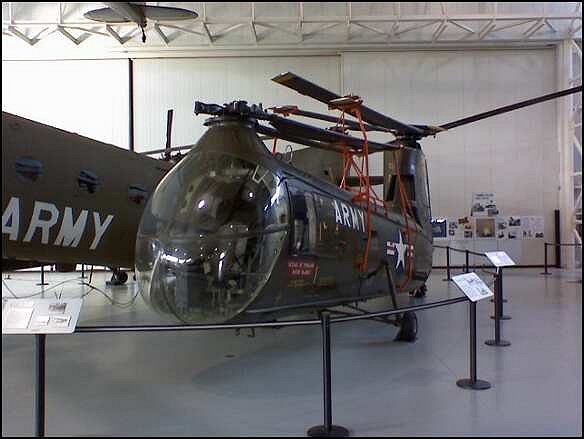 The Army Mule was a tandem overlapping rotor version of a Navy utility/rescue helicopter intended to perform a utility transport role. It proved unsuitable for front-line use and many were transferred to the Navy. 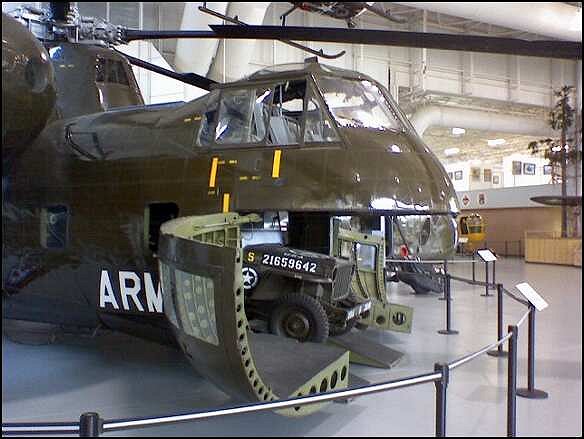 This heavy-lift helicopter sported a Jeep coming out the front opening. With the incorporation of an auto-stabilization package, it could load and unload while in a hover. 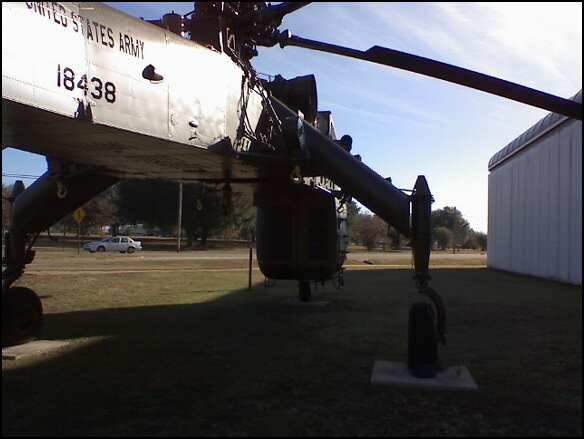 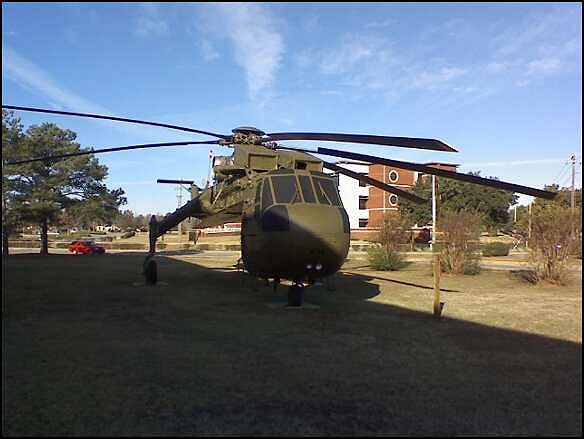 The “Sky Crane” sits outside and compared to the other exterior pieces of the museum, it is clearly in the best shape (perhaps because it is the closest to a road and therefor the most visible outside exhibit beyond the museum grounds). 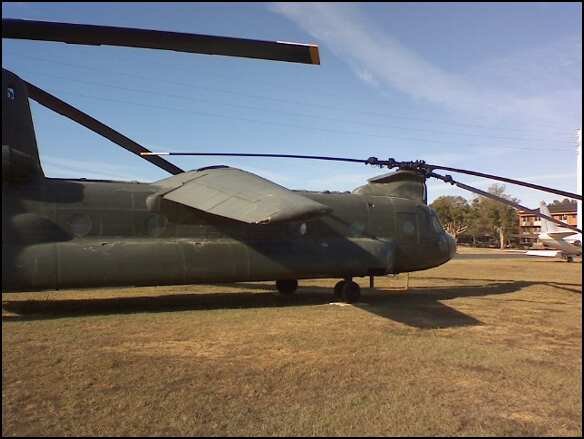 The other end of the spectrum, this derelict airframe is rotting out in the back field behind the museum with several other exhibits (all unmarked). Although this one does not have the windows blacked out like almost all other exterior pieces, it nonetheless has seen its better days.

We do not fault the museum itself or Fort Rucker in general for this as any military museum visitor who is fair and objective can tell you that nothing is ever 100% as it should be. Given evaporating budgets and high upkeep costs, I believe they are doing the best they can.

The impression we had was that this was a holding pen for airframes to be refurbished; however it was unrestricted access, and again no markings to indicate they were not ready for public viewing. As mentioned before, the absence of information placards left the visitor wondering what they were looking at and if they should be seeing it at all. 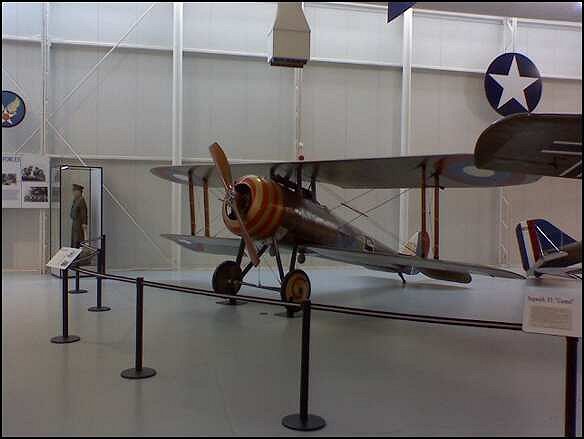 This aircraft proved unfit for duty against German fighters during World War I and was given to American volunteers who came across the ocean to assist the French in the war effort. The Americans were so in the hand-me-down spectrum that some early patrols were even flown with only one machine gun. 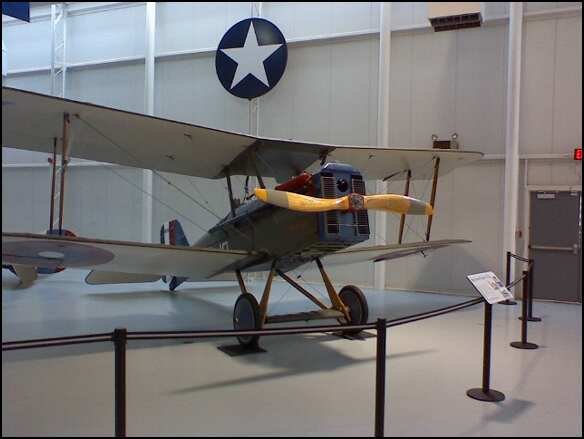 This biplane fighter of World War I vintage along with the legendary Sopwith Camel was instrumental in regaining air superiority in mid-1917. There were over five thousand of these aircraft built. They were flown by the British, Americans and the Canadians. 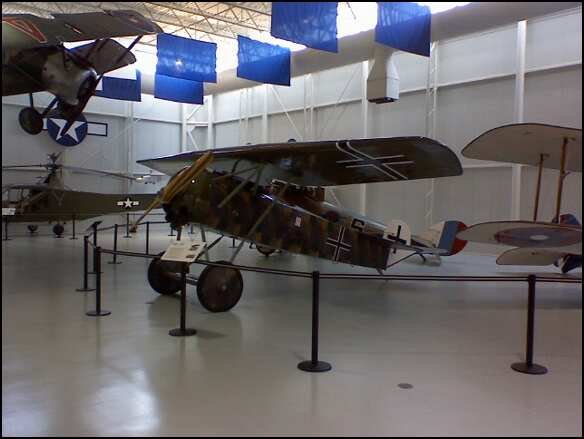 Nicknamed the “Flying Razor” by Allied pilots, this aircraft is generally credited with the last air combat kill in World War I. This monoplane experienced numerous wing failures due to suspected rushed construction schedules, and many a German pilot lost their life in the early models. There were only 381 of the D.VIII variant built. 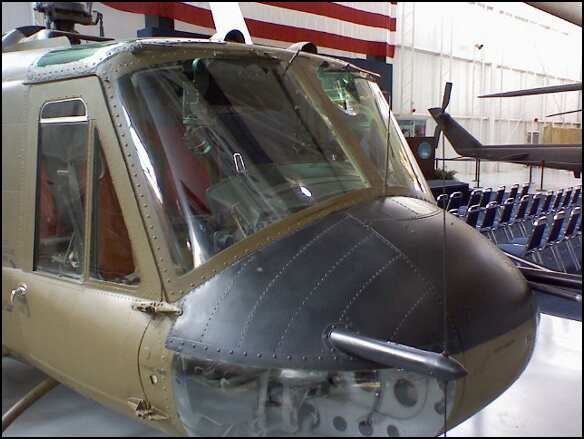 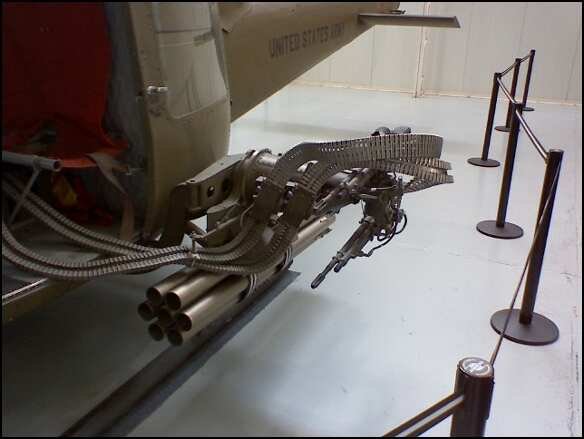 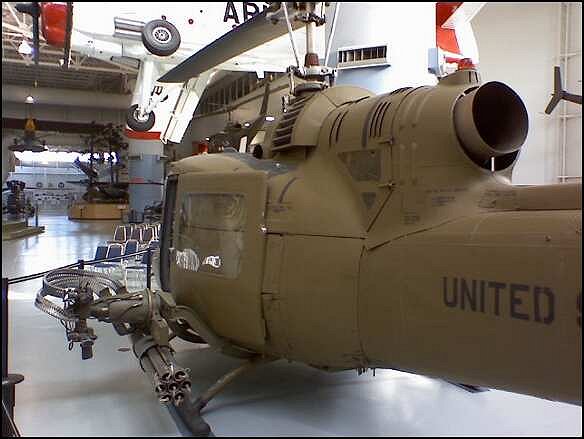 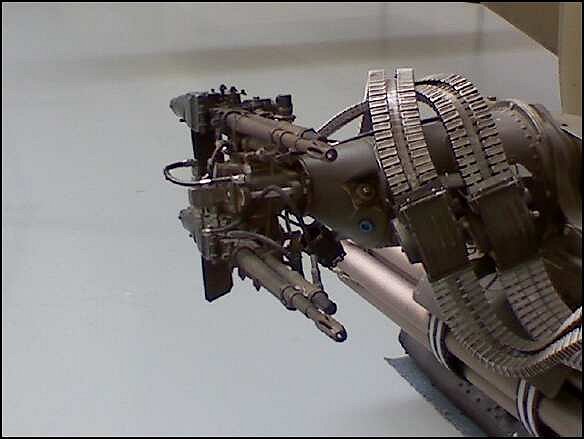 This thing was almost as sexy as the German Fokker monoplane. Anyone growing up during the 1970’s knows how iconic the Iroquois helicopter is. This thing is not only a freaking legend; it is a work of art. With over 16,000 UH-1’s built, it is still in use today by many countries. 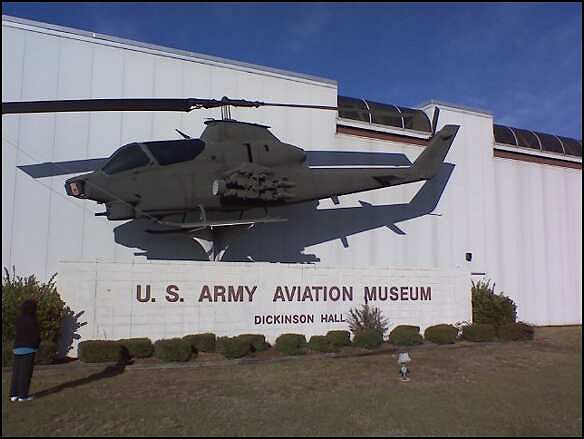 This airframe is affixed to the exterior of the building. There is no information placard to indicate what type it is, however I believe it is the Q Huey Cobra version that would have been equipped with the M-65 TOW/Cobra missile subsystem, although all of the missile racks were empty. 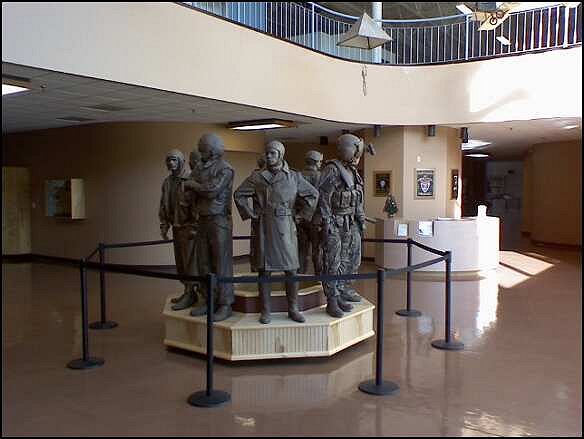 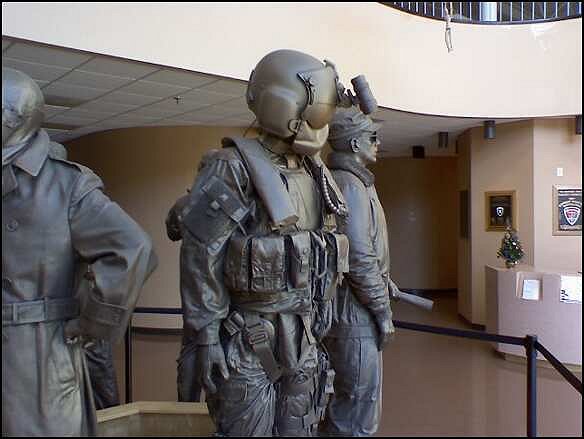 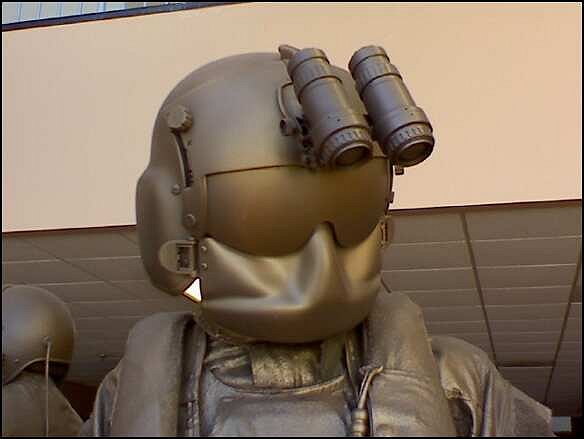 When you walk in the front doors of the facility, you are greeted by a display of pilot statues representing several eras of flight. I have seen other visitor pictures where these figures were placed in separate areas, so they are all individual pieces, although this weekend they had them grouped together in an outward facing circle. The level of detail was stunning, and the aviator highlighted above was clearly the coolest looking one there. 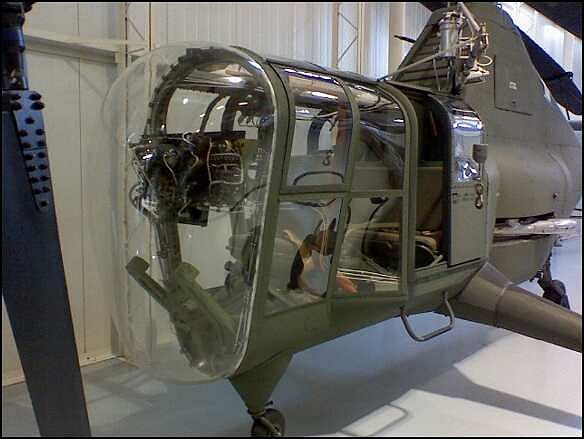 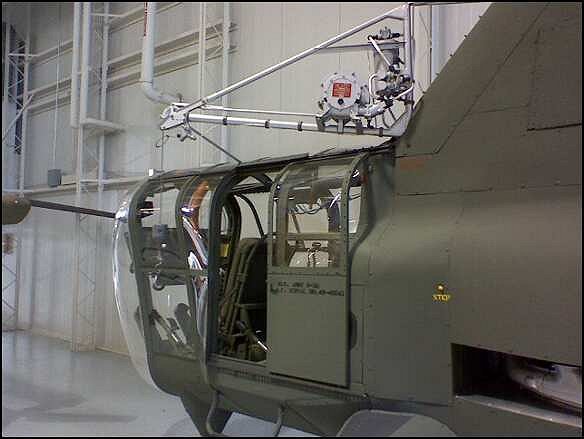 This was a production rescue model that had a provision for two external stretchers. The display piece also had a winch crane assembly. There were 34 built and later re-designated as the H-5A (R stood for “Rotorcraft” and H obviously stands for Helicopter).

Email ThisBlogThis!Share to TwitterShare to FacebookShare to Pinterest
Labels: Museum