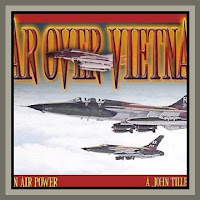 Vinh, Vietnam - This mission presents you with three targets that you must do enough damage to within the allotted three hours to achieve a decisive result. This however cannot be accomplished in the first pass (best case scenario is a draw) and will require you to return your flights to a base, reload and attack again.

There are two base types in this mission which require some care in the use of the auto-return function. First up we have the big sexy carriers down in the lower right corner of the map, the USS Constellation (CVA-64) and the USS Ticonderoga (CVA-14). The problem here is one of distance.

After your flights attack the targets, if you have auto-return enabled in the functions menu, most of the planes will plot a course back to the carriers and land for more ordnance and fuel. The problem here is that there is no way that they will be able to reload with weapons, launch and make it anywhere near the targets again let alone attack them before the mission ends at 13:00.

I instead brought all of my bombing aircraft into Udorn, Nakhon Phanom and Korat. I ordered the interceptors to Korat and Ubon. From Ubon and Nakhon Phanom I was able to launch additional strikes on the Vinh POL Storage Facility which had been heavily damaged and would eventually be put out of business entirely, thus putting me over the top.

The two northern sorties on Hon Gay Port and Luc Gao Boat Yard contained lead intercept aircraft which I sent northwest over enemy airfields to bag some bogies. Only one bandit flight materialized and was quickly put down. The third sortie to the south against Vinh did not contain a lead interceptor and all strike aircraft were brought to bear on the target.

Other thoughts: The tutorial talks of most days either being a "SAM Day" or a "MIG Day" as the two were rarely employed effectively together as the Vietnamese pilots were deathly afraid of fratricide. In this mission, taking three strike groups against three targets, I encountered one flight of two MIG's and absolutely no SAM activity. The targets were only defended by heavy AA emplacements, ruling out the use of "flying low".

They marked the end of the period of strategy making that had focused on restricting American involvement in Indochina to economic aid, advice, and covert pressure against North Vietnam. Pierce Arrow was the first of a series of "tit for tat" bombings, with targets being released for attack a few at a time, in reaction to North Vietnamese activities, rather than on the basis of a comprehensive American air strategy.

Significantly, these strikes were oriented toward achieving some particular effect upon the ground war in South Vietnam and not on destroying the will or capability of the North Vietnamese to fight. McNamara, supported by his civilian and ranking Army advisers, had argued that bombing a few targets in North Vietnam would demonstrate the potential costs to Hanoi and therefore restrain the communist government.

But Ho Chi Minh’s response to the Pierce Arrow attacks was not restrained. He moved 30 jet fighters from China to Hanoi’s main military airfield. The air attacks did not shock Ho; they simply spurred him to start working on what was to become a superb air defense system of jet fighters, surface-to-air missiles (SAM), and antiaircraft artillery. 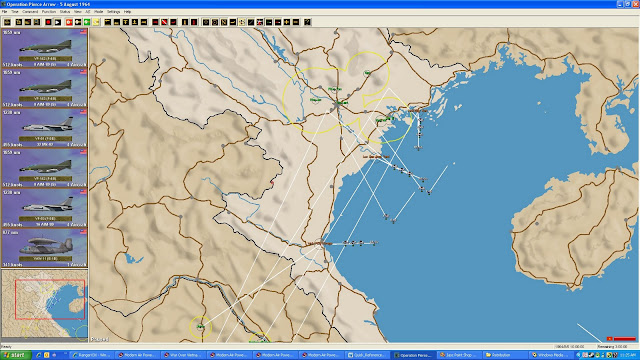 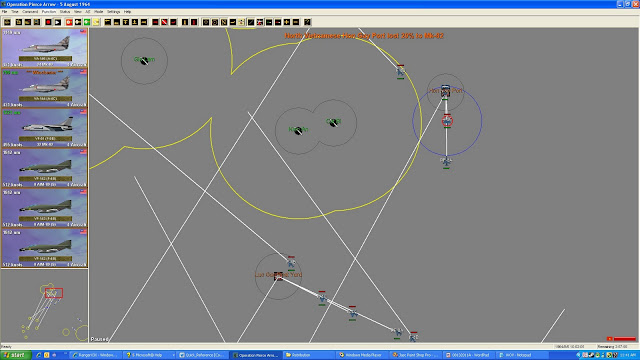 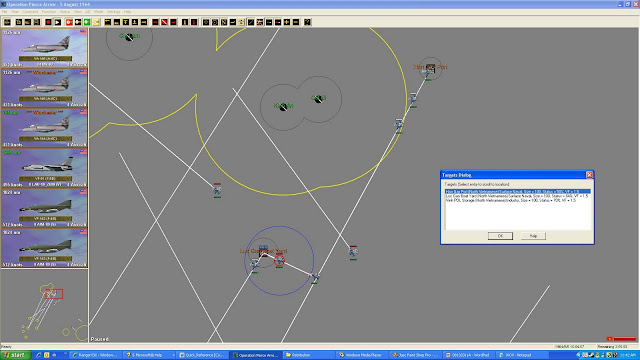 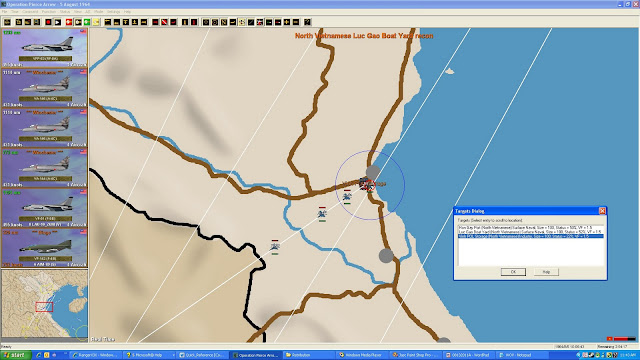 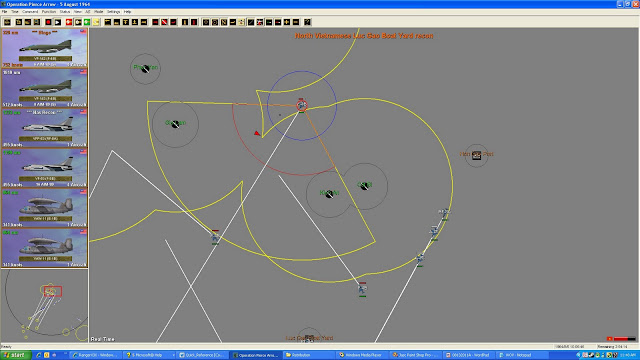 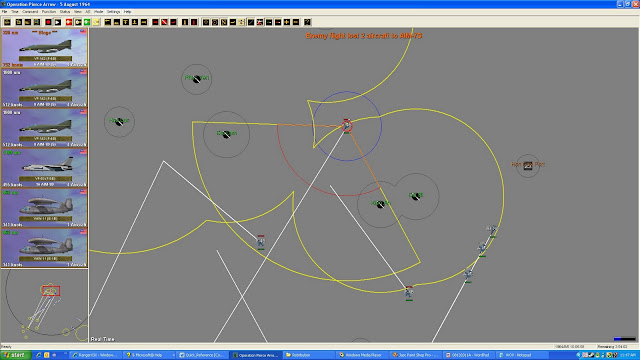 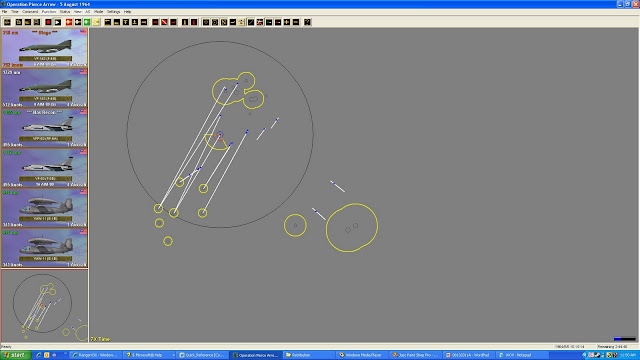 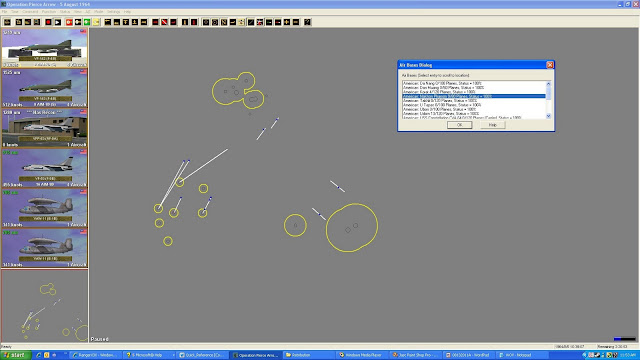 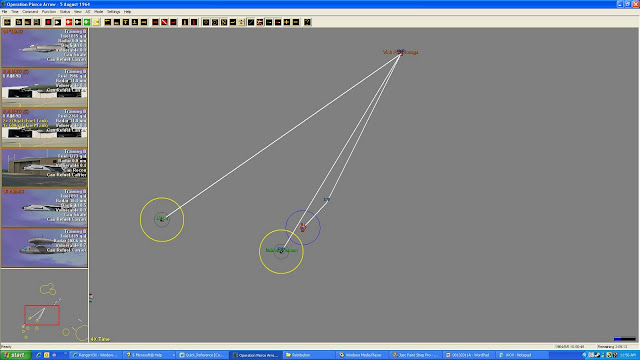 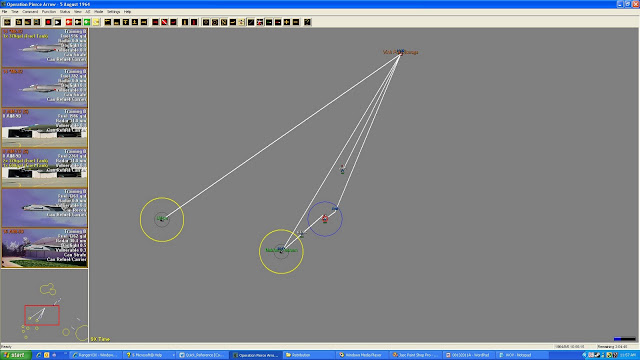 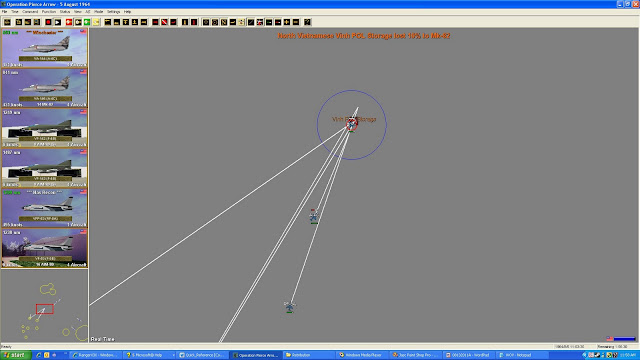 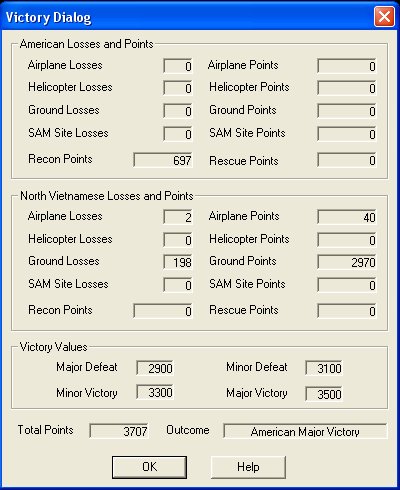