Battles from the Bulge: Burning Metal After Action Report 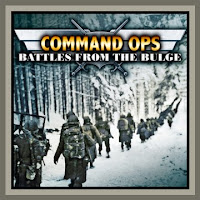 This is a quick and dirty AAR for a scenario that I created. The source file can be downloaded here: once downloaded, place the Burning Metal.COS file in your game My Scenarios folder. No other files are required as the stock maps and force lists are used. This particular scenario is designed to be played from both sides, but for this truncated AAR I will be playing as the Germans.

The initial orders are for the 1st SS Panzer Regiment to move 9 km east of their starting position on the Reehorst Objective and take up a holding position along the main highway. This force will be held until later in the scenario when they will be used to penetrate the rear of the enemy advance in order to cause maximum havoc for the Allied AI commander to deal with.

The 1st SS Panzer Grenadiers are to perform a delaying action starting at Heelsum and ending at the Bennekom Objective, and the 1st SS Panzer Aufkl Bn will perform a similar delaying action starting also at Heelsum and ending at the Wageningen Ojective. These forces are effectively abandoning the Objectives they already have control over, but this will not affect Victory Point scoring as all points are awarded for Completion and not for Occupation.

When the reinforcements arrived, I detached I Bn 2 SS Panzer Grenadiers and ordered them to delay from Herton Bosch back to the Bennekom Objective and II Bn 2 SS Panzer Grenadiers to delay from Renkum back to the Wageningen Ojective. III Bn was left attached to the Division HQ element which was ordered to defend at the Reehorst Objective. At this time I also plotted out the attack on the enemy rear to be carried out by the 1st SS Panzer Regiment with a start time of 18:00 later on the same day.

The only real adjustment I had to make was to detach III Bn 2 SS Panzer Grenadiers from the Division HQ element at the Reehorst Objective and send them south on an Avoidance routing to shore up the Wageningen Ojective when it looked to be challenged by the Allies.

In the end it was probably not necessary as the American forces could not penetrate through the various delaying actions employed by the German forces. The attack on the enemy rear caused the Allied AI commander to spend valuable artillery and air strike assets on dealing with that which caused pressure to be taken off of my forces falling back to their various objectives.

Please feel free to post feedback on the mission itself (which you can download here) and/or this basic AAR. 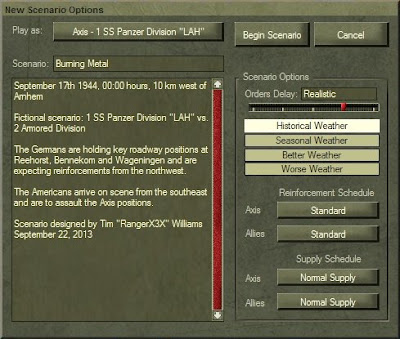 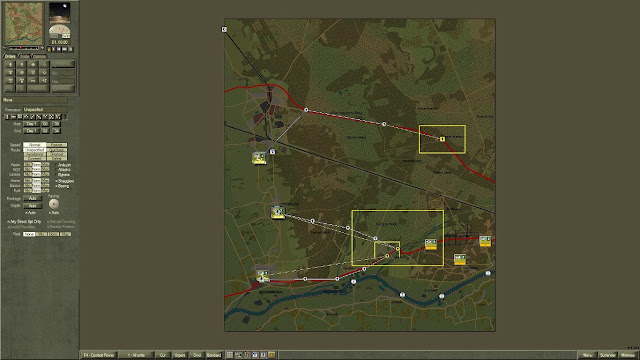 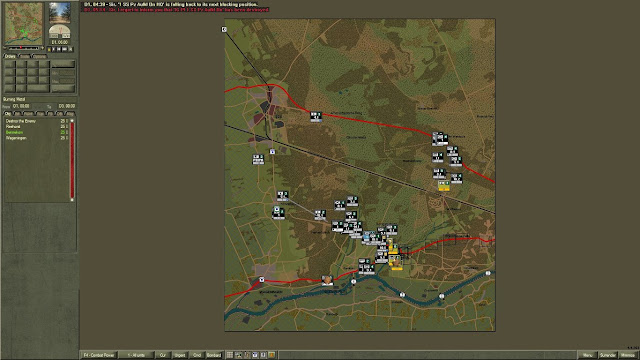 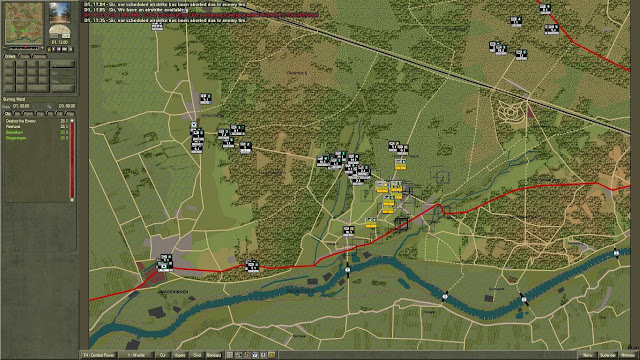 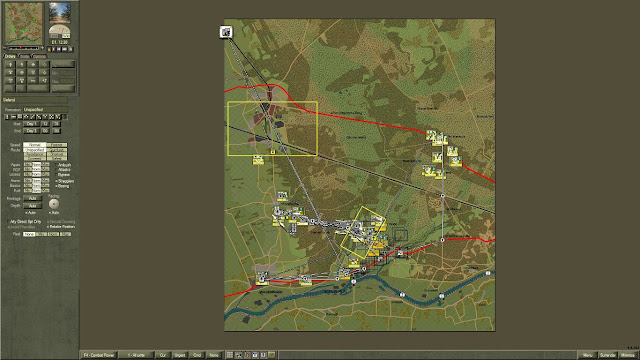 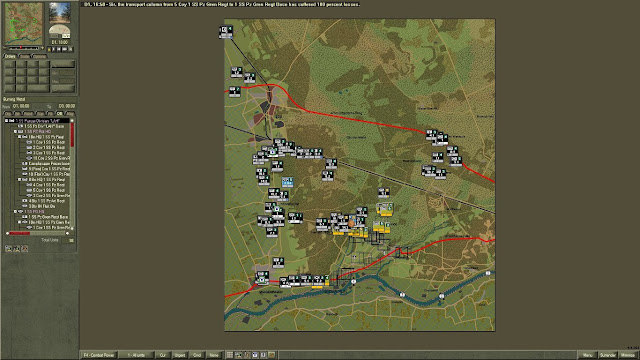 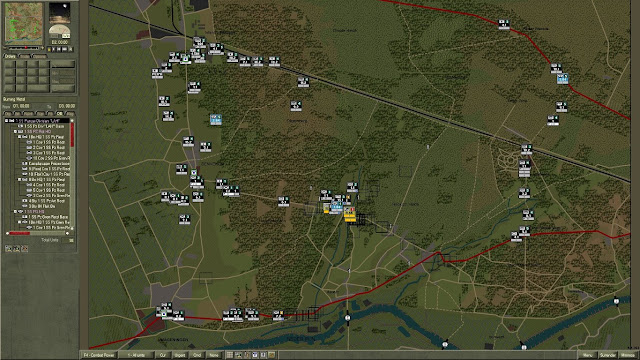 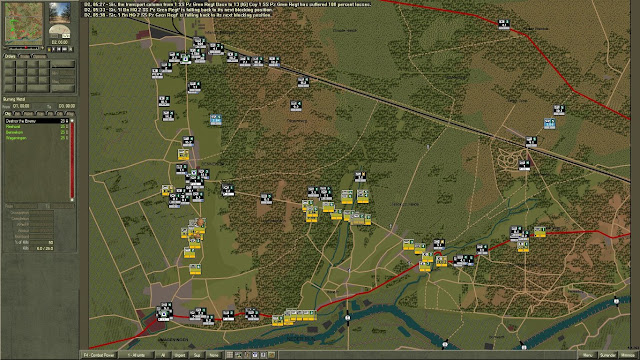 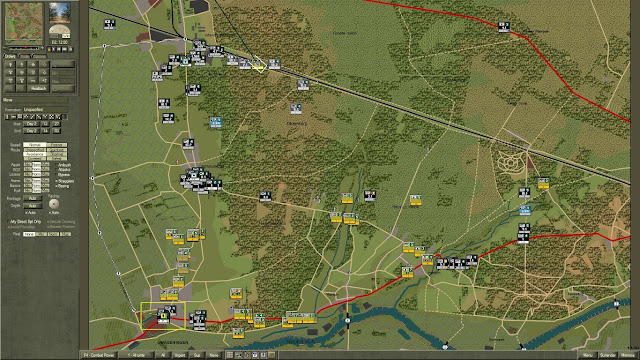 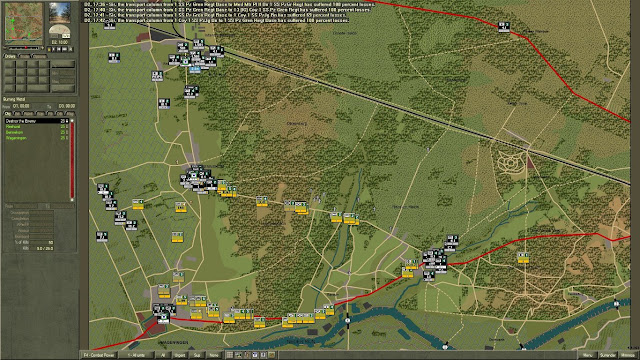 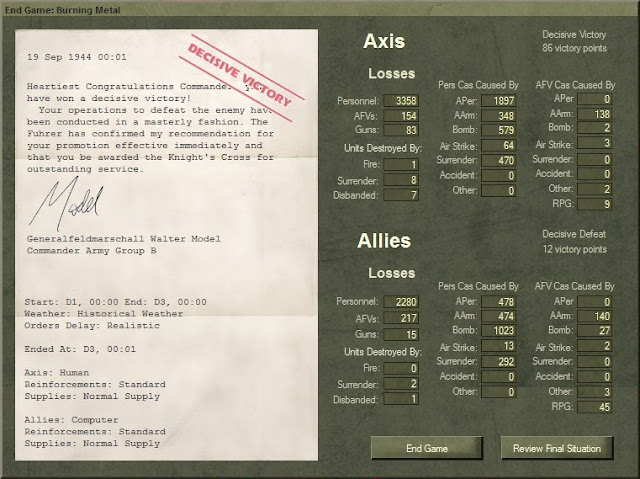 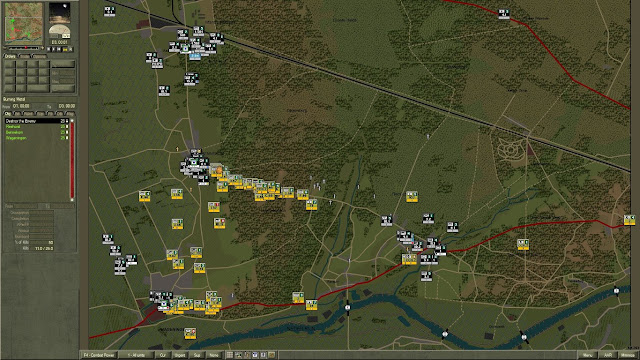