The following after-action report covers a spur of the moment mission created in Bohemia Interactive’s game Operation Flashpoint Cold War Crisis that was played in Windows XP earlier this evening. I hadn't done anything in this oldie but goodie for quite some time, so I decided to brush away the cobwebs and take it for a spin. Using the mission editor in this game is seriously like riding a bicycle, I was able to create the most rudimentary mission and play it through the editor with just a few clicks.

The basic premise is that the Soviets are occupying the village of Provins which is relatively in the center of the Everon map which is part of the stock game (no mods are being used). OPFOR exists as a single infantry squad, while the Americans as BLUFOR have three infantry squads assaulting through a forest from the west to the east into the area of operations. There is no armor or air support, just a simple ground pounder pounding. 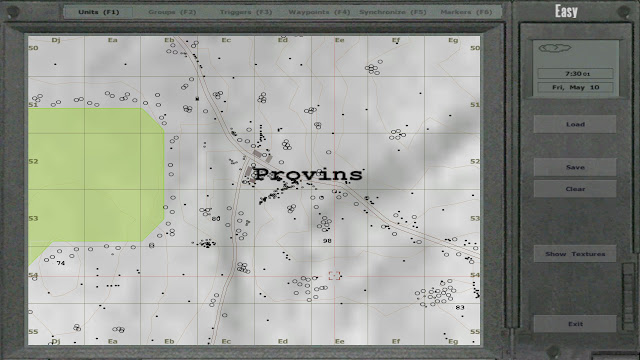 A clean slate with which to sandbox with. This is a basic mission with a simple trigger set at a 350 radius to trip when there are no OPFOR present within the circumference. The Americans are assaulting through a forest and up and over a ridge into the village of Provins. The Soviets are dispersed through the town to simulate guard duty. 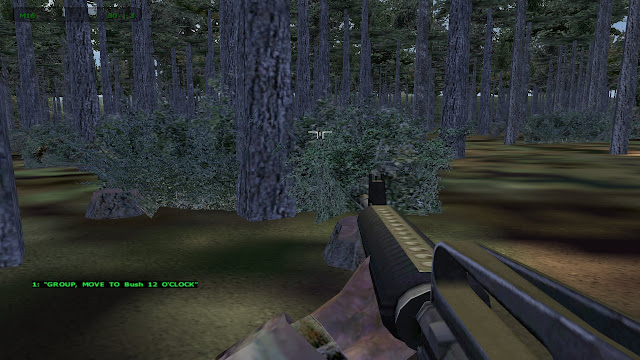 Ah the memories…this literally was the shit back in 2001. 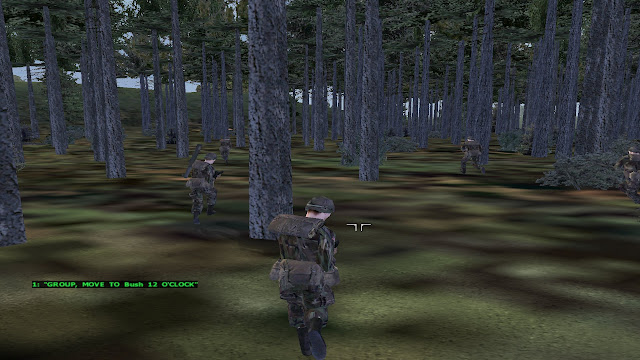 I am part of the center squad, with another to our immediate right and left. 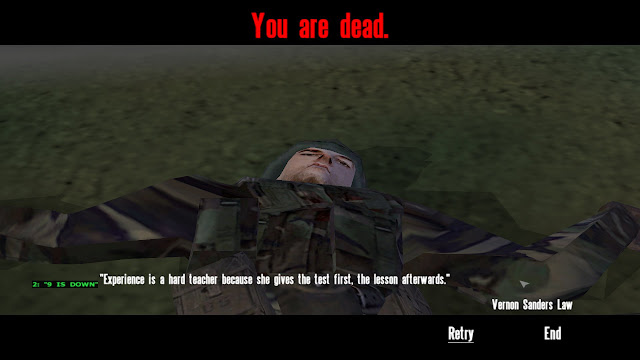 9 is Down!! If at first you don’t succeed, you die in this one shot one kill game. 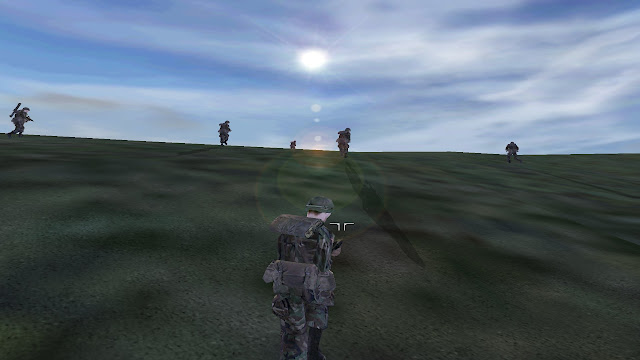 I am now a cat on life # 2 having respawned. Here my squad is rushing headlong into the bright sunshine. 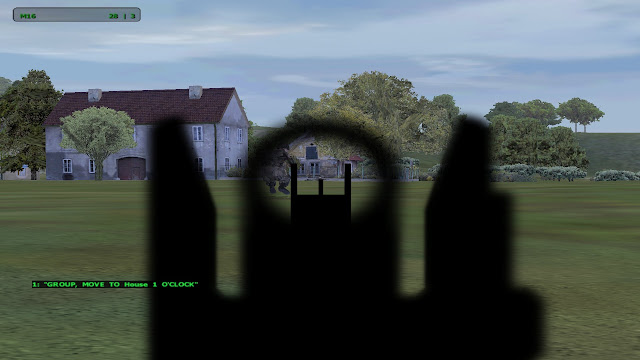 There are plenty of opportunity targets to greet us as we came up over the ridge. 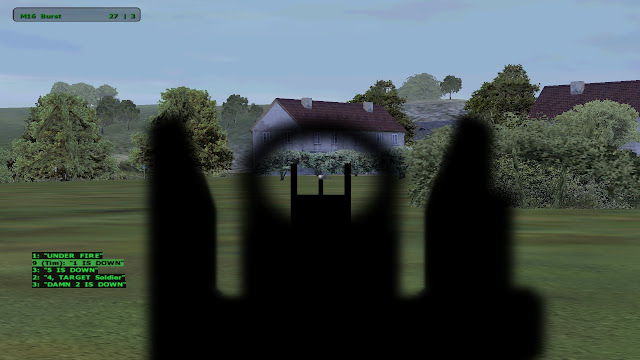 Unfortunately for my squad, we were front and center to the action and took heavy losses. 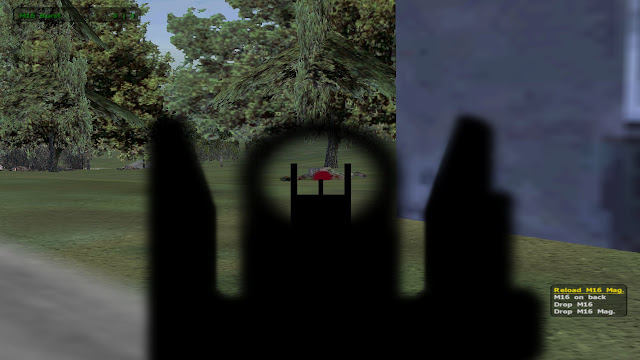 Here I am the last one standing in my unit and go on a killing spree against the Red Army. 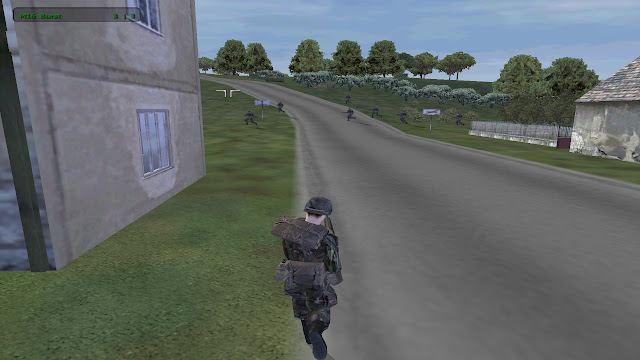 This leads to a classic OFP/ArmA “Where’s Waldo?” moment where we have to search the zone for the remaining OPFOR. 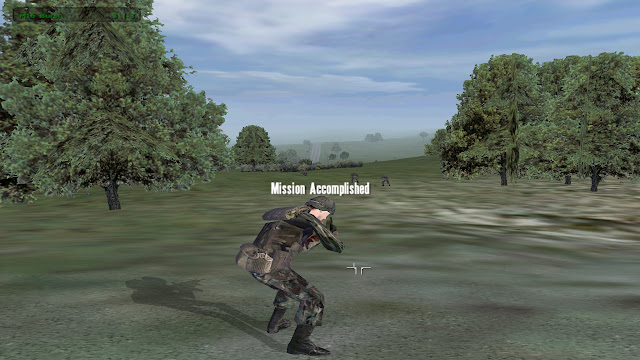 One of the other squads locate the remaining Soviet soldier and put them down to complete the mission. 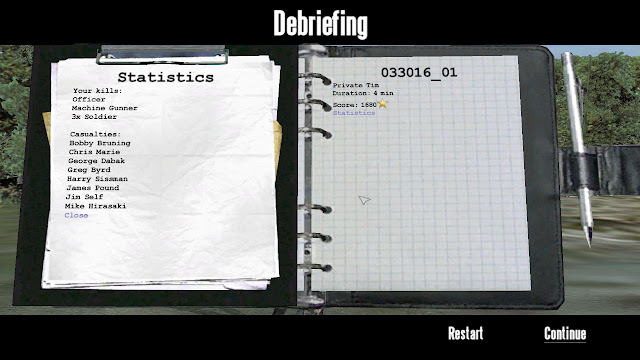 Like I said earlier this was just a quickly thrown together mission (no time for proper naming or objectives). 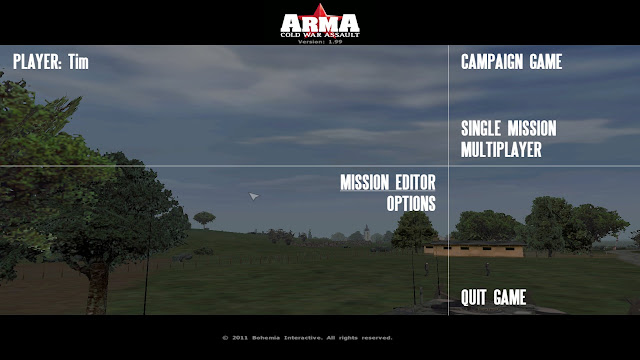 This mission was played using the game ArmA Cold War Assault v. 1.99 which is available on Steam. I played this on my Windows XP machine because it performs better than on my Windows 10 computer.

This is effectively Operation Flashpoint: Cold War Crisis (as rendered at v. 1.96) repackaged by Bohemia Interactive to sell it on Steam (and elsewhere). It is the original base game and the Resistance expansion pack, but does not contain the Red Hammer expansion pack.
Posted by RangerX3X at Wednesday, March 30, 2016